No module Published on Offcanvas position 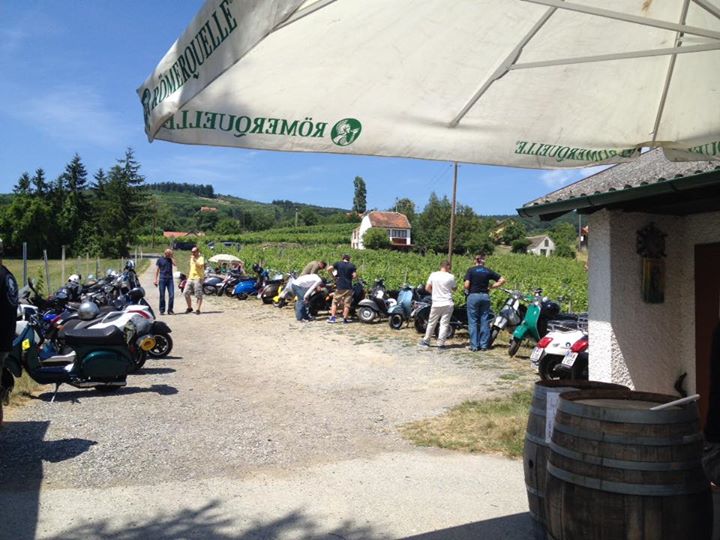 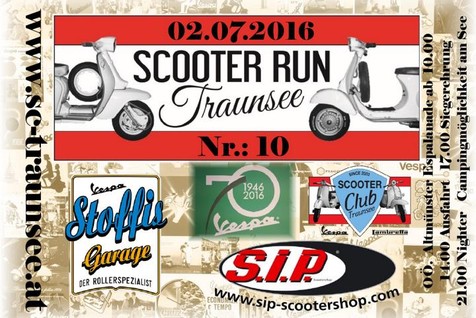 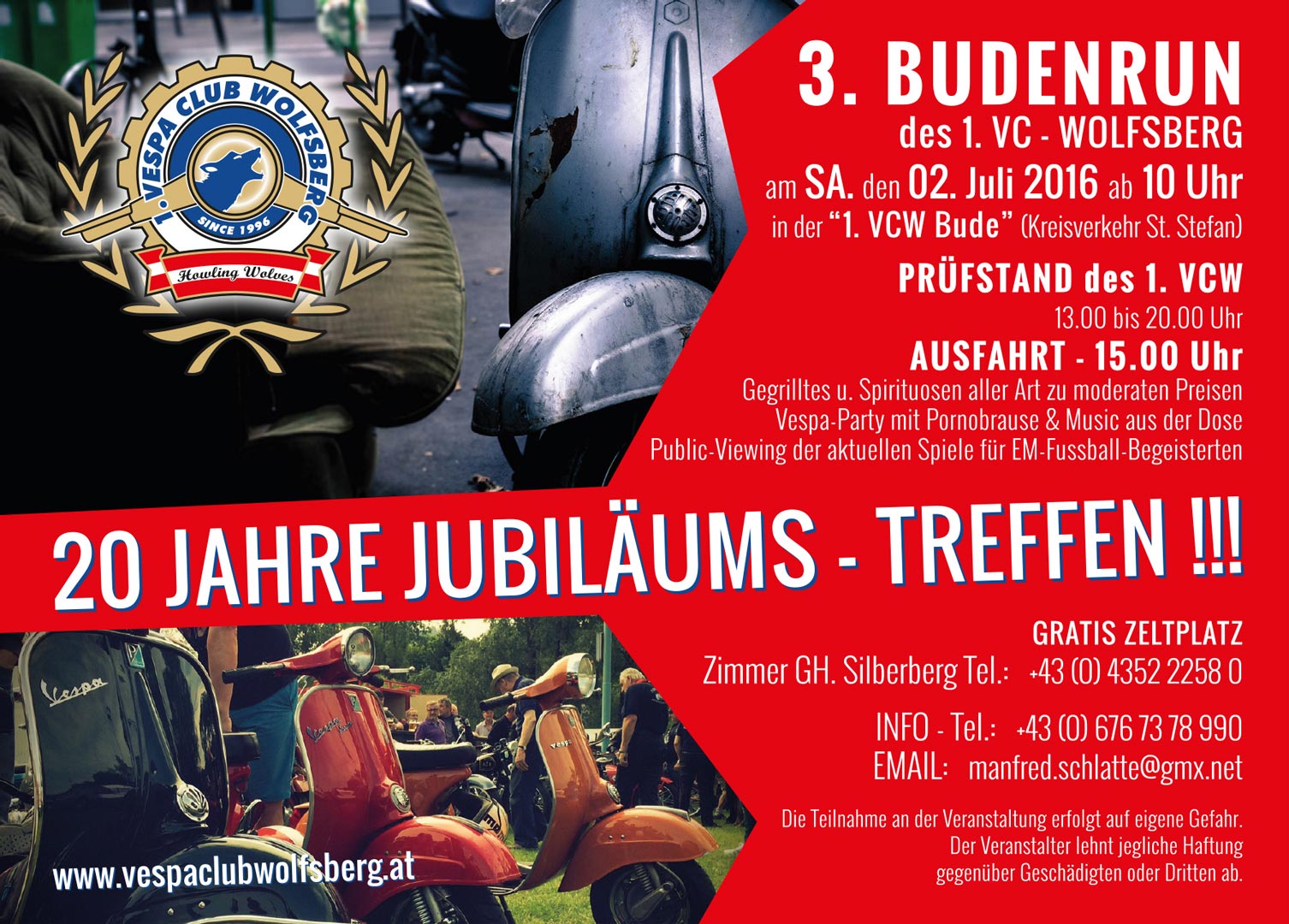 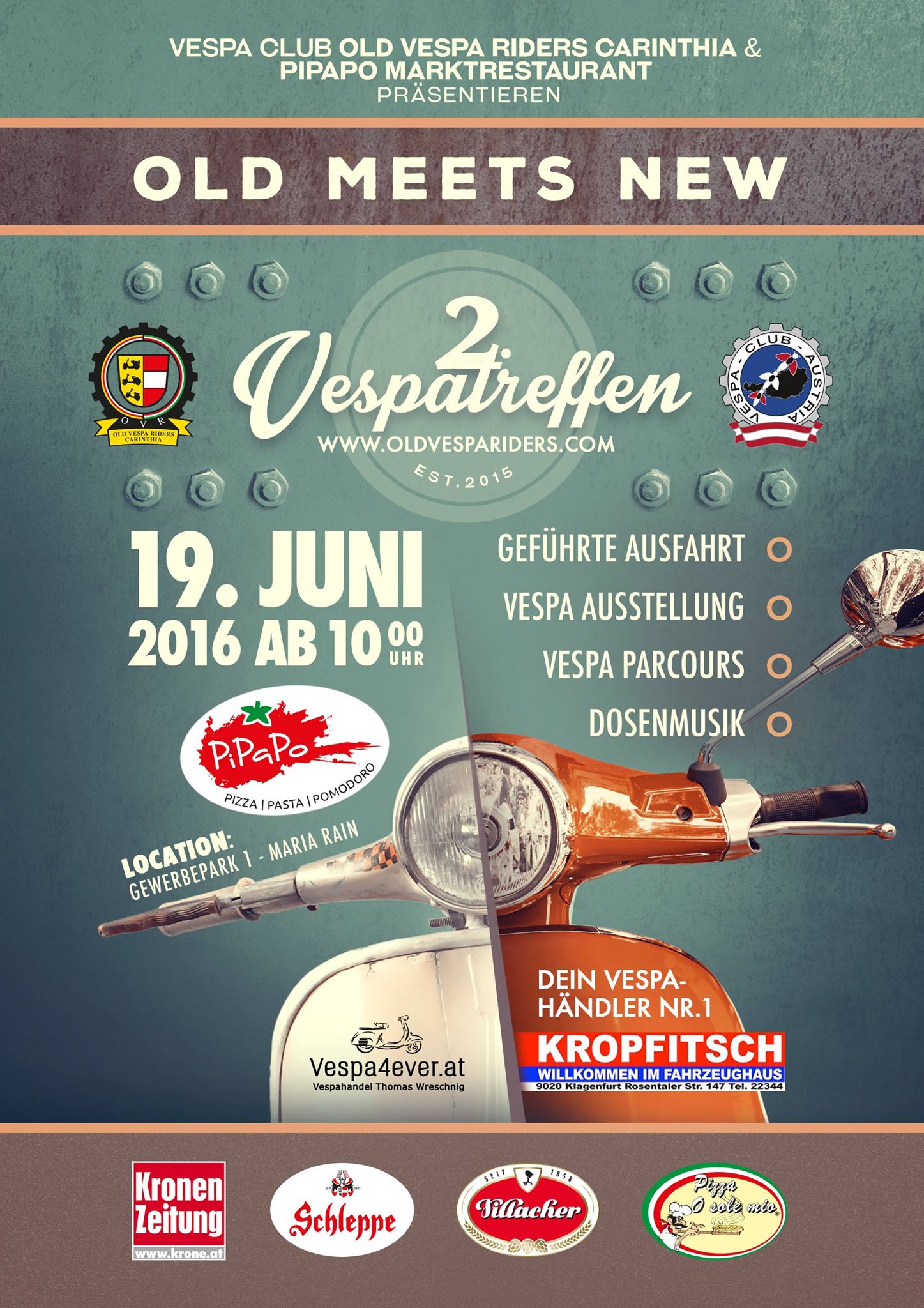 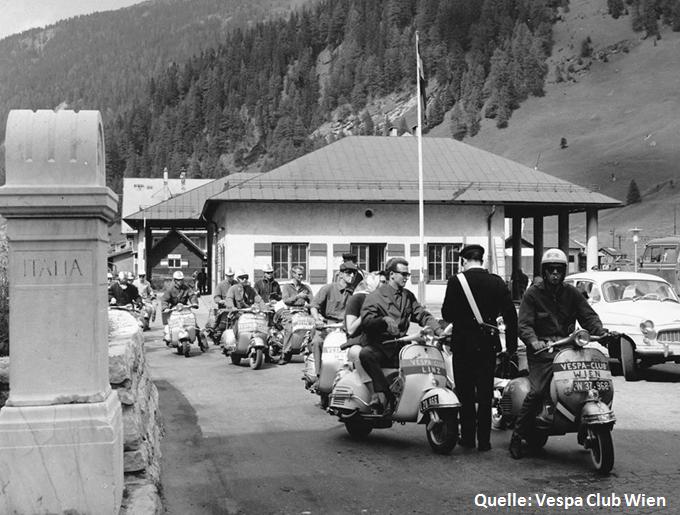 To All National Club Presidents.

On behalf of the VWC Board members we forward this mail to you; In a bid to help your members have a safe trip through France, and ensure they are aware of the laws for those riding two wheeled vehicles, please follow these links and pass on to your members. One leads to Home page of VWC, and some others with details in English.

Ride safe and see you soon, 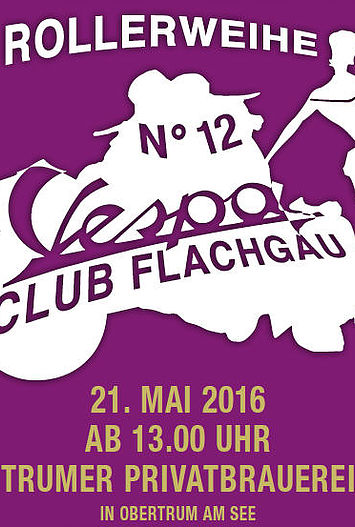 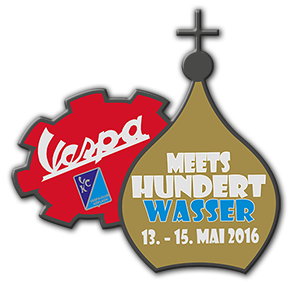 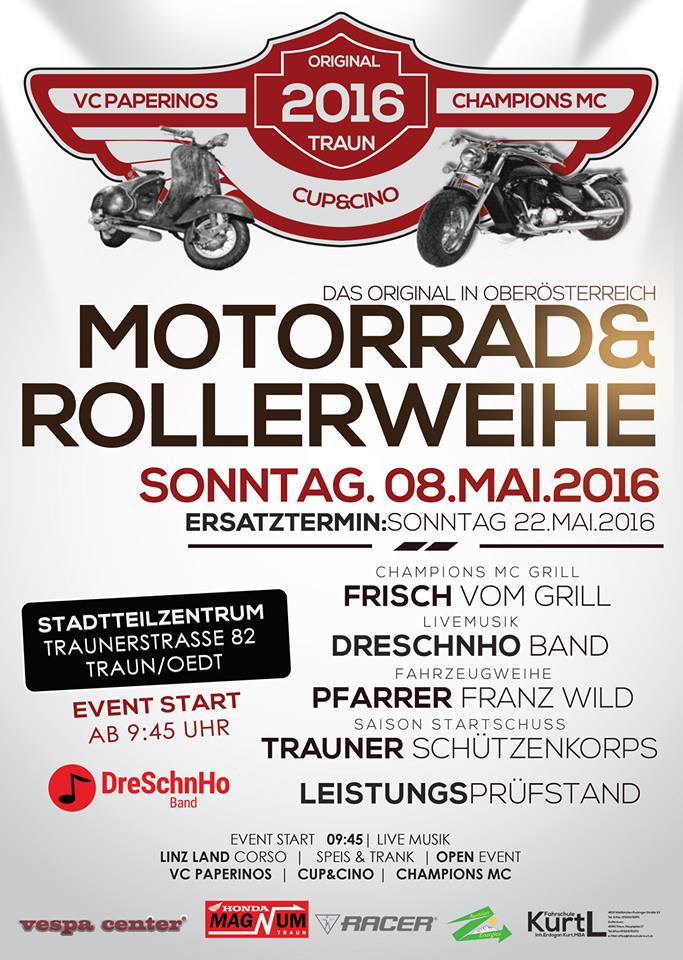 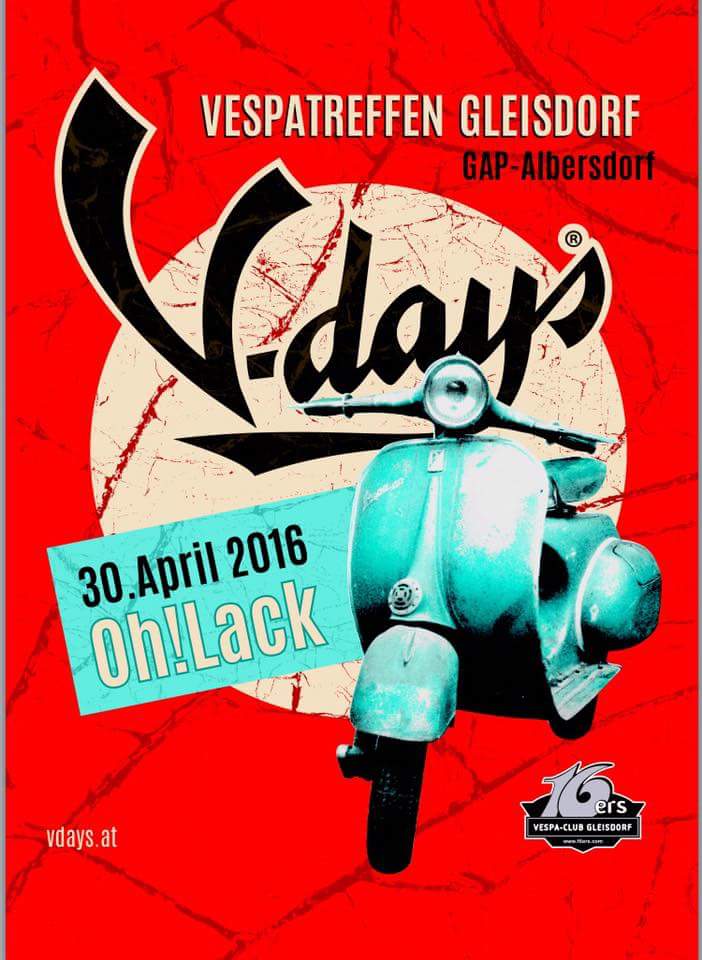 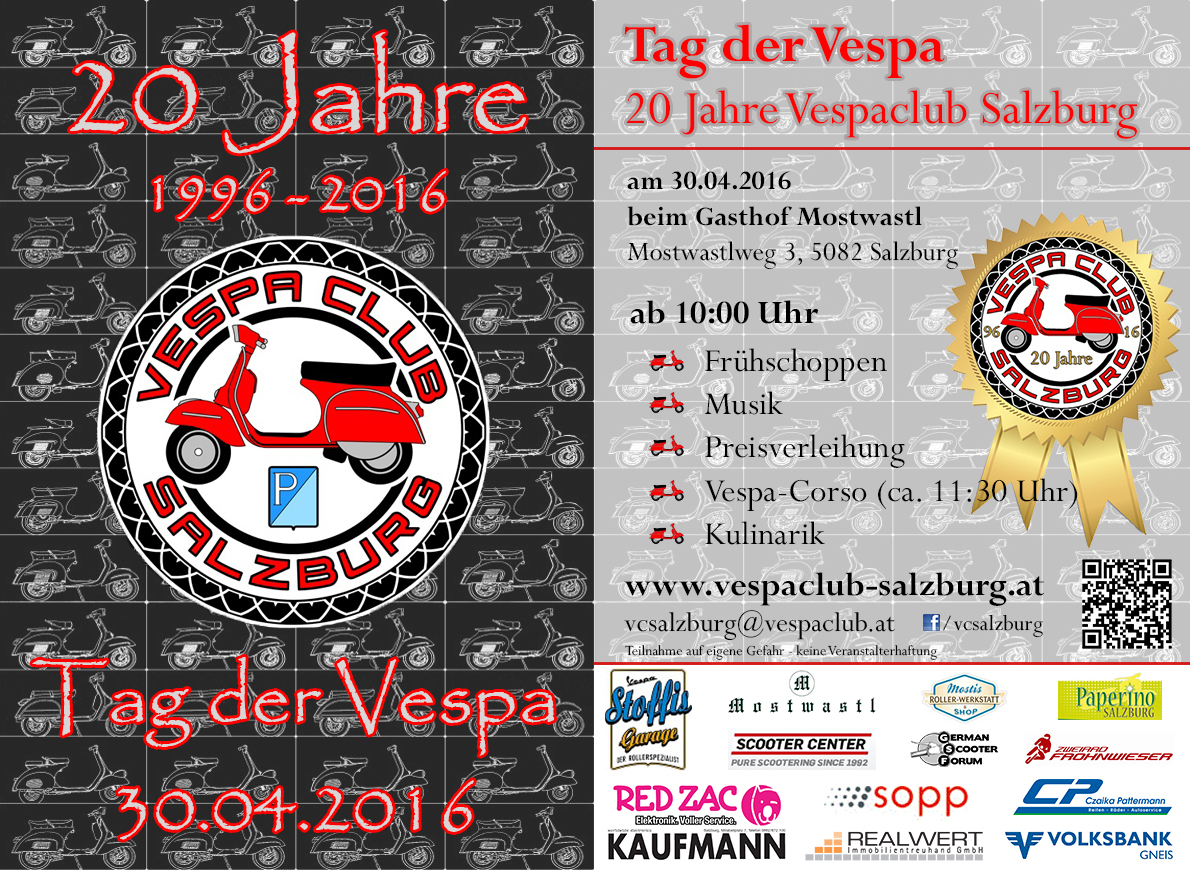 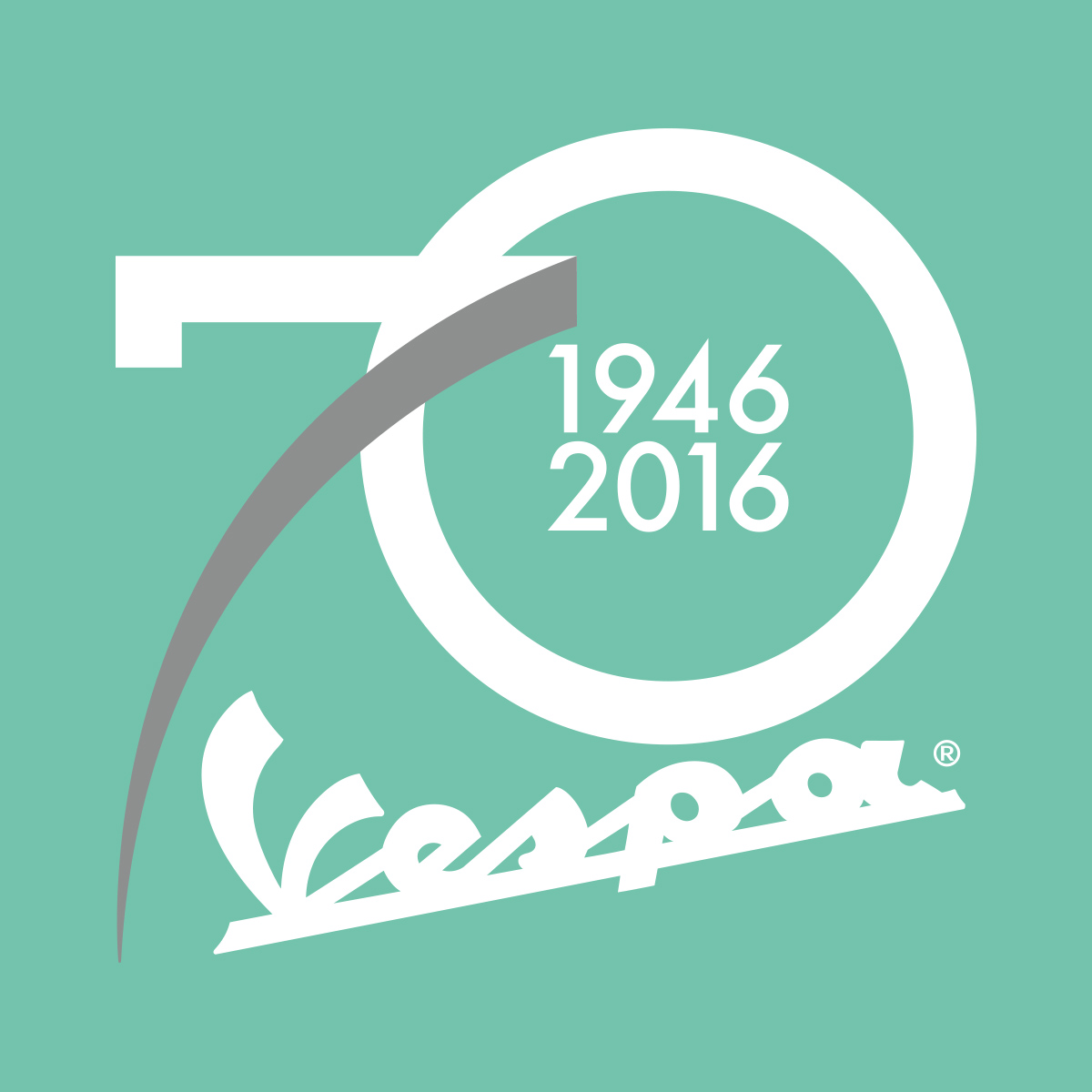 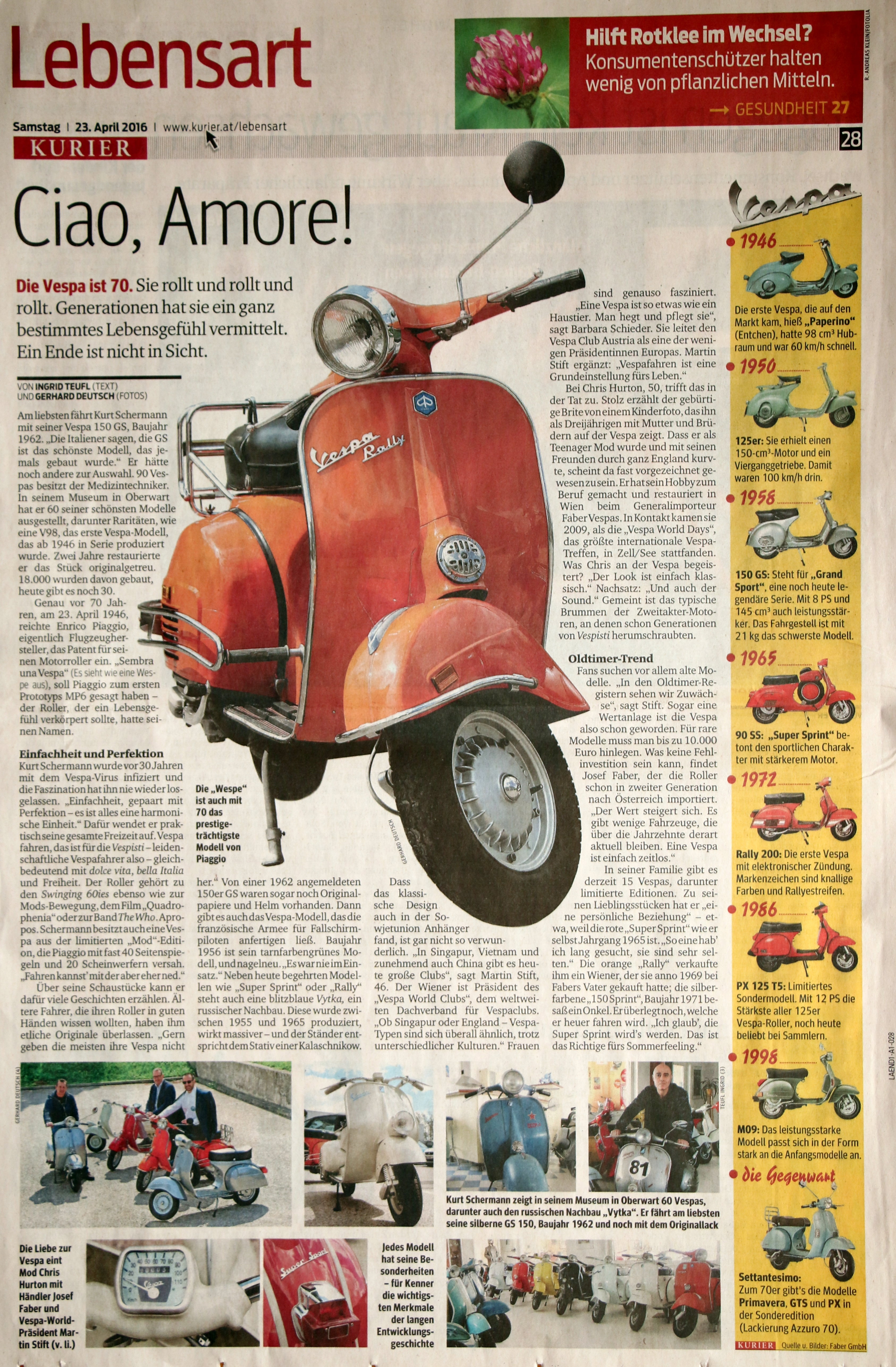 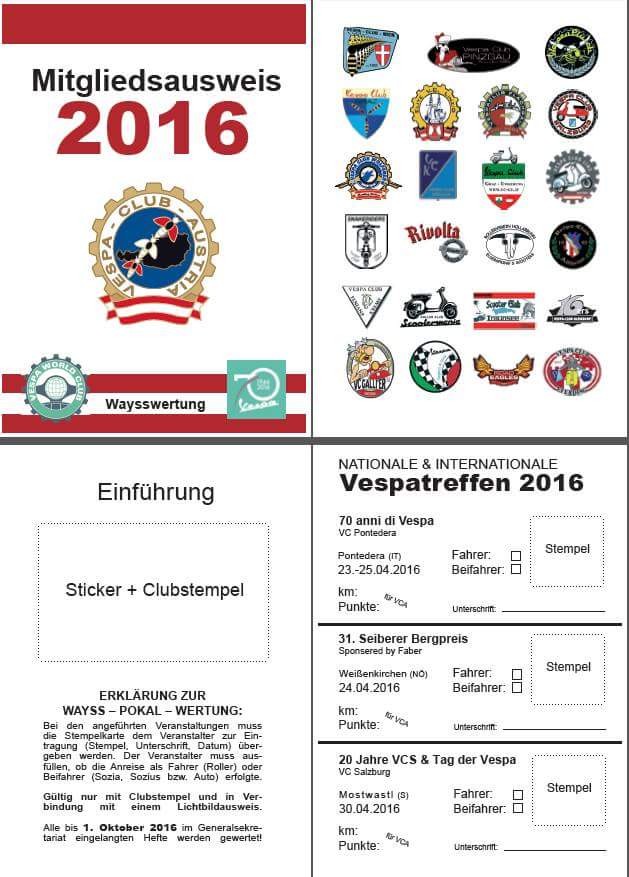 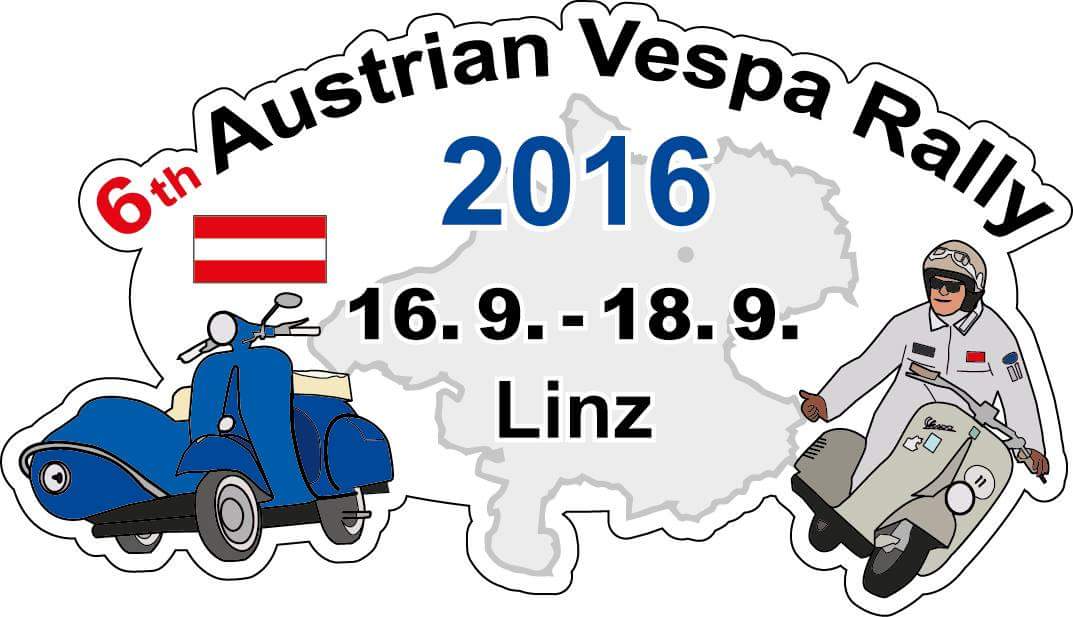 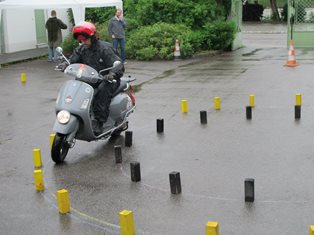 From registration Nr. 1751 onwards, all registrations will AUTOMATICALLY  be « LIGHT ENTRY » ones. 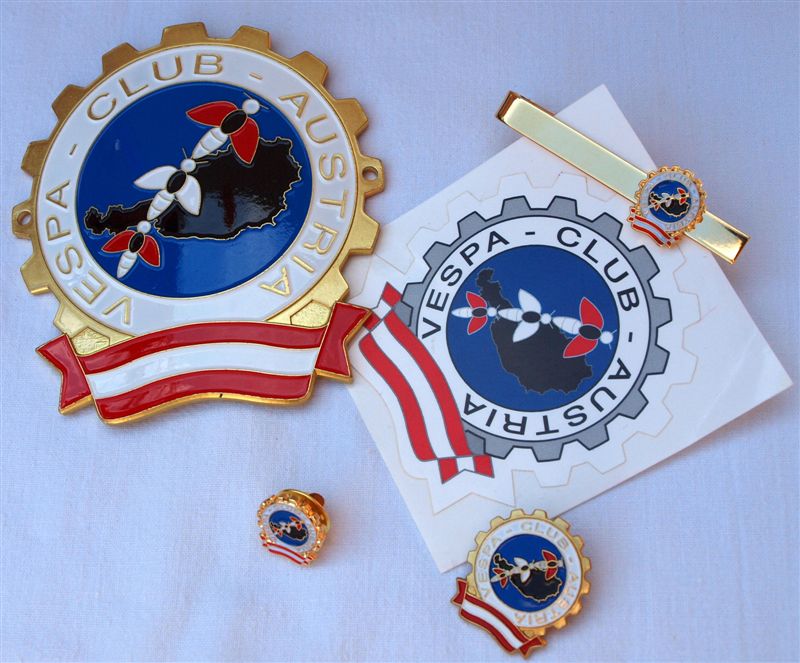 ABOUT THE ACCOMODATION AT "PRAIRIES DE LA MER" (located in the city of Grimaud, zip: 83310 - www.riviera-villages.com [1])

Booking will start on the 1ST OF DECEMBER 2015. Have a look slightly before the official date because the prices may increase rapidly. Don't hesitate to mention the operator (optional) that you are VWD-participants and that you want to stay with all your friends in the same area. You will pay your accomodation directly to Prairies de la mer.

ABOUT SECURITY The Vespa Village is set up on a private land and it will be monitored by security officers.

ABOUT THE CONCOURS D'ÉLÉGANCE: A Concours d'Elegance, based on 'driver-vespa harmony' (with or without passenger) will take place on Saturday afternoon. Only VWD 2016 participants are allowed to enter with pre-1967 Vespas. They will parade in front of a panel of VIP judges on the historical Saint Tropez harbor. Winners will be awarded.

Every national Vespa-Club will have to submit 2 or 3 candidates recruited through their own members to the organizing club before March 30, 2016 (2 or 3 different Vespas + drivers with or without passenger). They will represent their countries during the contest. Starting from the month of january 2016, candidates will have to download a submission form from www.vespaworlddays2016.org [3], fill it up and sent it over to their respective national president for selection.

ABOUT VESPA TOUR AND TOURIST TOUR All regarding info will be published in 2016! 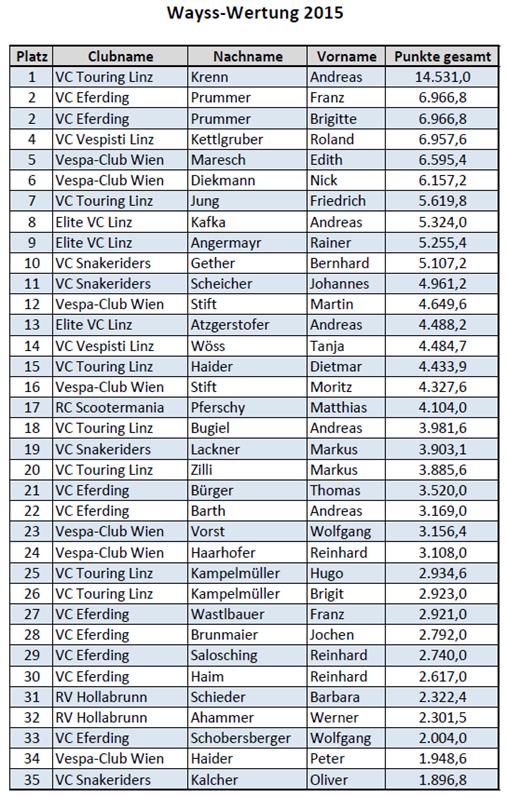 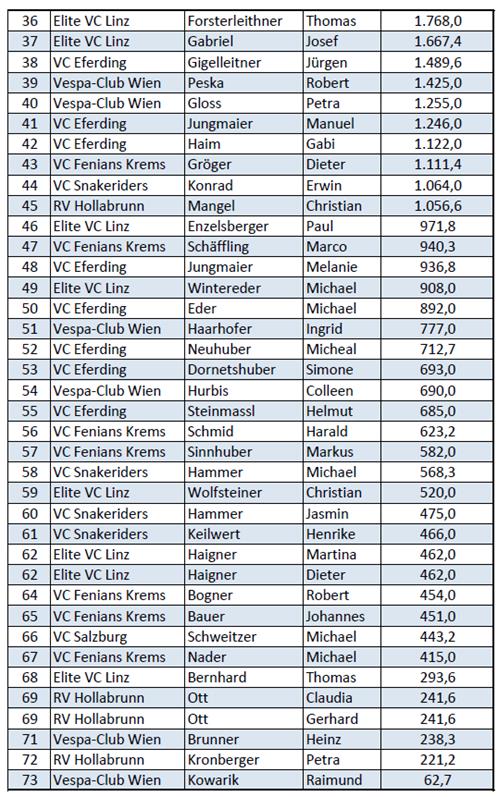 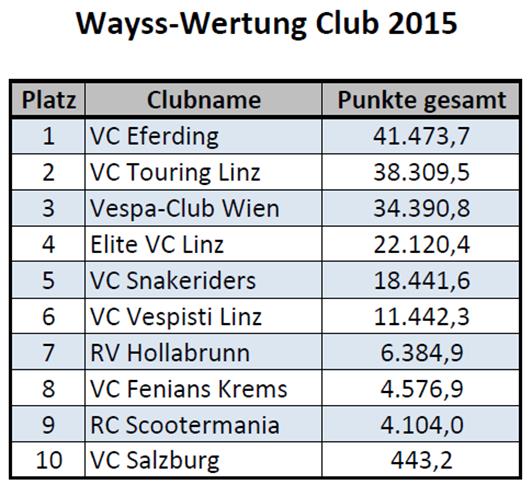 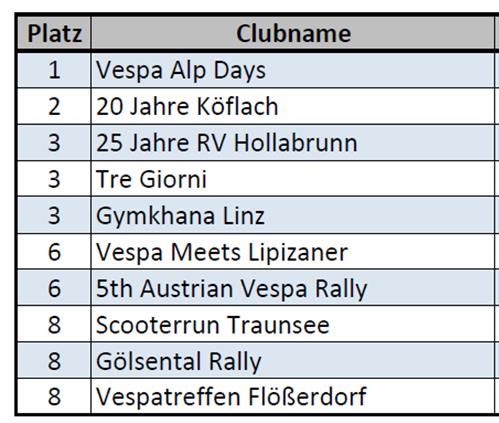 "Dear Members! As you all have already noticed, there are some rumours regarding the next Vespa World Days in France (VWD2016).We publish this statement to give you a better picture about the current situation and to stop all rumours. At the General Assembly of the Vespa World Club in Mantua 2014, the application of the Vespa Club France to organize the VWD16 got the vote from all members. Since that, the VC France has worked on this project and the Vespa World Club trust in the work they do.

Never less the Vespa World Club board have asked regularly that the VC France report the current status of their organization. Within the last few months we recognised a gap between the required standards of organisation and the current status of organization, which has lead to some discussions with the VC France. The VC France do not share our doubts and after all discussions, we can state that the Vespa Clubs will trust in the organisation of the VC France. During the discussions it was clarified, that unfortunately our main sponsor cannot except some major organisational corner points (as i.e. the place of the Vespa Village). In 2016 Vespa and the Vespa brand itself celebrate their 70th anniversary worldwide and throughout whole. The parent company, Piaggio, has to follow their worldwide Vespa brand rules and is not able to change these rules just because of one event.

The Vespa Clubs are, naturally, interested to have a very good relationship with the main Sponsor, and the Sponsor supports the Vespa Clubs always as much as possible. The Vespa World Club is working hard to represent the Vespa Club interests vs. Sponsor as well as the interests of Sponsor vs. the Vespa Clubs. In some exceptional cases, like here, is it very difficult to find a common solution, but we still try to find an acceptable solution for all. Therefore I kindly ask you to avoid any emotional and not fact based negative statements, because the interests of all parties are plausible and entitled! The VC France is focused to offer you a great Vespa Club Party in the Region of St. Tropez! With best regards